A wine of the tradition that comes back to new life. How much do you know about Ribolla Gialla?

The age-old soul of Ribolla Gialla

“This wine has been part of and witnessed the history of the Friulian people for the last seven hundred years. And it has always been a protagonist”

The historical sources all confirm that Ribolla was a wine. A Friulian wine, in fact. The oldest documents that testify to the existence of Ribolla as a wine date back to the early thirteenth century. Vino ribolium – there was still no suggestion of a grape variety with this name – was a very common premium drink that the cities presented to the powerful figures of the time as a sign of devotion. The first evidence is found in the Treviso Statutes, where Ribolla is described as “navigato” meaning foreign, not produced on site. More details are given in some Friulian documents dating back to the same period. They identify the area of production in the hills – today’s Collio, Colli Orientali del Friuli, and the Slovenian Brda. The copious number of documents found in Friuli testifies that the roots of this wine run deep in this region. In the modern era, Ribolla spread beyond the borders of Italy, indeed, business documents of the time show that Reinfal, a white wine probably made from ribolla – even though different from the one we drink today – was exported to Austria. Ribolla was one of the top products of Friuli, as noted in an eighteenth century study by scholar Antonio Zanon: “Oh, how England would glory in having our vineyards, our Refosco, our Picolit, our Cividini, and our Ribuole! Wines like these, that can compete with the premium wines of France”. In the nineteenth century Ribolla was widely present in both the social imagery and in the verses of the poets. This is when we have the first records of Ribolla as a grape variety. In his 1823 inventory, Count Pietro di Maniago mentions two grape varieties, Ribolla Gialla and Ribolla Verde. But the glorious days of Ribolla where soon about to end. In the twentieth century this variety was outclassed by others that experienced greater fortune, though surviving as the white wine par excellence on the tables of the Friulians and as a component of blends.

The second life
of ribolla gialla

Though Ribolla Gialla divided opinions, some experts did defend the quality of the variety even during its unfavourable years, one among others, Gaetano Perusini: “From Ribolla Gialla you can get some good quality wine that ages well. A couple of days ago I opened two bottles of wine made exclusively from this variety; after twenty years they still maintain a velvety, fresh aroma of violet” – he writes in 1972, just as many wine growers were switching to other varieties.

The first experiments in sparkling winemaking of Ribolla were made at the end of the seventies. The Piave Isonzo winery released the first Friulian sparkling wine, a blend of Ribolla and Malvasia made using the Charmat-Martinotti method. But it was Manlio Collavini, the forefather of sparkling Ribolla Gialla, the inventor of a proper sparkling wine method for this variety – method which not by chance bears his name.

These were the years when native varieties were being rediscovered, when the Nonino Risit d’Aur prize was awarded to Angelo Costacurta for his reserch on Ribolla Gialla, and when an endorsement was granted by Luigi Veronelli in the prestigious Italian magazine Epoca. These were the years when the seeds of an experience that would last to this day were sown; seeds that led to awards and prizes, as well as to the recognition of an appellation in the Collio and Colli Orientali DOC regulations, and more recently, to commercial success. Up until now, with the establishment of the Ribolla Gialla supply chain network. 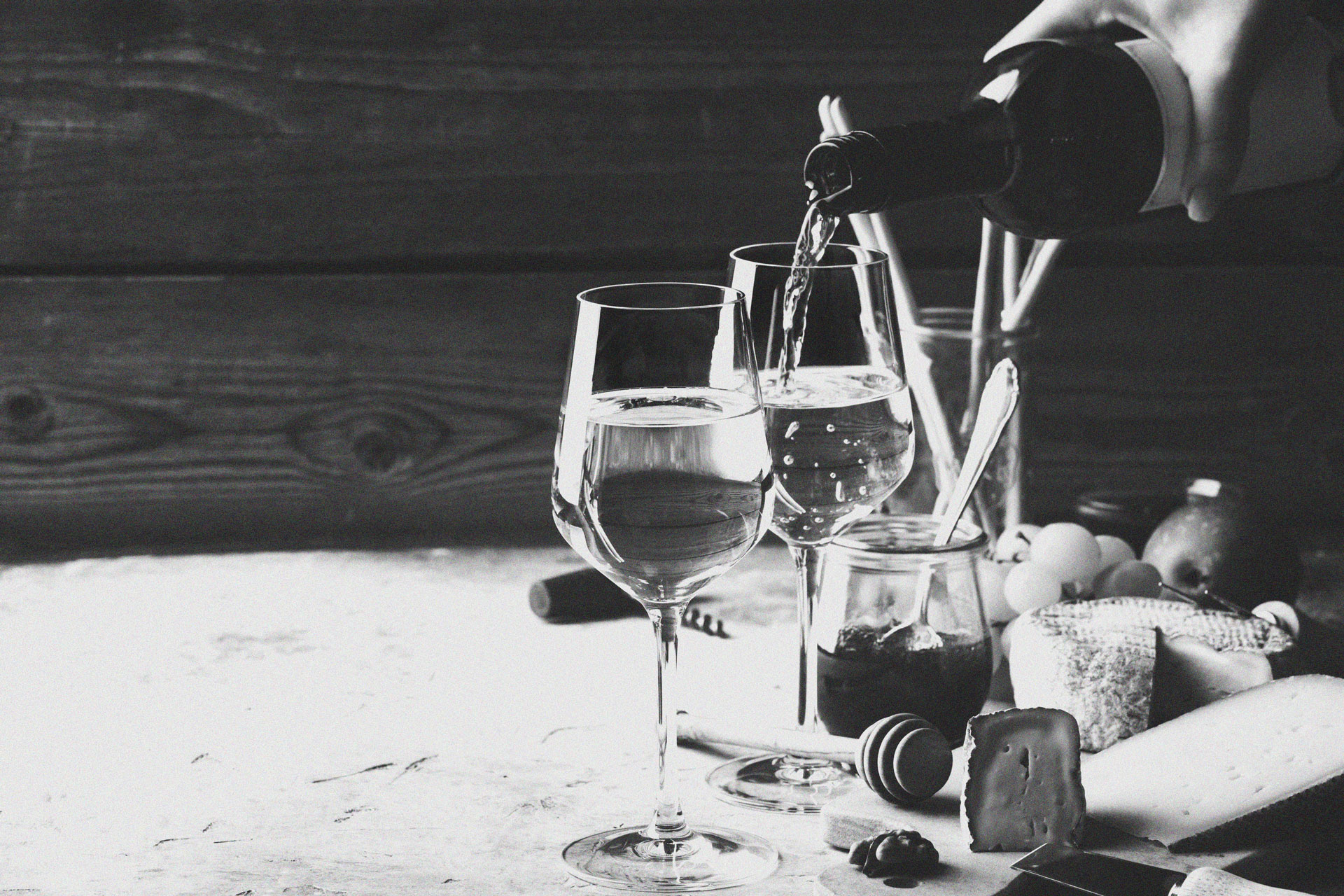 Do you want to learn more about the history of Ribolla Gialla?
These are the most important studies.

«In the last forty years – let’s say since the renaissance of this Italian wine in the 1970s – Ribolla presents itself as a slim-bodied wine, as I call it, a pleasing wine that ages well».

Q. How would you define Ribolla Gialla?

A. A most modern wine because it is the oldest: today it can boast 788 years of history.

Q. Should you use three words to define it, which would you choose?

Q. Can you tell us something about the history of Ribolla Gialla?

A. 788 years of history is a long story to tell. It is a wine that has always adapted with the times, meaning that it has been produced, declined and presented in various styles and has always remained contemporary. But I need to add one thing: up until the end of the nineteenth century, before ampelography officially classified the name, the wine and the name of the grape variety did not correspond; Ribolla Gialla was a type of wine called this way because it was the main grape variety in the blend with many other grapes, including Refosco and Malvasia. Ribolla was selected at the end of the nineteenth century and was then known as the Ribolla Gialla grape variety.

Q. How has the approach to this wine changed over the years?

A. As time passes the approach continually changes because consumers’ tastes change, as does art, literature, and even the colours we like for our homes: all these elements we surround ourselves with change. Ribolla in the last forty years – well, let’s say that since the renaissance of this Italian wine in the 1970s – it presents itself as a slim-bodied wine, as I call it, a pleasing wine that ages well. And then there was, or better there still is the way it undergoes maceration. Though the true novelty, thanks to the genius of Manlio Collavini, was to understand that Ribolla is an excellent base for sparkling wines that age well, vinified either with the long or champenoise method – which was a great surprise, a nice surprise obviously.

Q. What do you foresee for its future?

A. The future of Ribolla Gialla depends on how our winegrowers will interpret it. For me, it must continue to be grown in its native area, in the “ponca” soils of the Collio, the Colli orientali and the Slovenian Brda. Ribolla has a sort of memory, if you move it or mistreat it, the vine will take revenge and give grapes that are not suitable. So, Ribolla Gialla should definitely remain in its ancient habitat.

Q. What do you think about the supply chain network project?

A. It is about time that all the actors of the field came together to carry out a project like this: it is necessary and an overall duty, because Ribolla Gialla is the last remaining variety that can enhance the territory. This can be done in an organic manner, keeping in mind that we must aim for utmost quality and a high-end marketing positioning so that our producers can earn and invest more. Fighting in a price war is a battle between brothers which should be avoided.

«Ribolla Gialla is such a nice name, just like some names of fashion brands. A name that is attractive and arouses curiosity, for a wine that is never disappointing».

Q. How would you define Ribolla Gialla?

A. The name Ribolla is part of my life, I saw it change and evolve with time. It was a variety that made all the winegrowers happy; in October the vine offers beautiful clusters of golden yellow grapes. Once upon a time we used to harvest Ribolla at the end of October, and I remember the wine being cloudy, half wine and half must, both dry and sweet, accompanying chestnuts served for All Saints’ Day and All Souls’ Day. Today things have changed a lot.

Q. Should you use three words to define it, which would they be?

A. Discreet, neutral, easy-drinking. It is discreet because is doesn’t have aromas that are very pronounced. And I’d say it never even tries to be forward. It actually stands out for being neutral, not easily recognizable but rewarding for its easy-drinking nature.

Q. Can you tell us something about the history of Ribolla Gialla?

A. It is a story that begins way back in time. The oldest records, which date back to 1170 and 1299, were sales transactions. We start talking about Ribolla, in the strict sense of the name, only in the seventies of the last century. The director of the Dobrovo winery, Zvonimir Simcic, stated that 70% of the wine they sold was made from Ribolla grapes: initially a still wine and only successively also declined into a sparkling version. It is funny because now we are witnessing a revival of an idea that in Friuli Venezia Giulia Manlio Collavini of Corno di Rosazzo had already had about long ago.

Q. How has the approach to this wine changed over the years?

A. When the Consorzio Vini Collio (1964) was established and the Collio DOC regulations (24 May 1968) enforced, Ribolla was mostly grown and the most sold wine was Collio Bianco. What wine was Collio Bianco? It was a wine made from 50% Ribolla Gialla and 50% of Malvasia Istriana and Tocai Friulano. Tocai Friuliano had nice notes of almonds, was not sharp in acidity, and was rather round, while Malvasia Istriana had hints of pepper and sea salt: Ribolla, being neutral, enhanced both and the resulting blend was the same we still appreciate today in the Collio, Colli Orientali and sometimes on the Brda area, a very pleasing wine. Today Ribolla is in midstream. It has a beautiful name, just like some names of fashion brands: it is attractive and arouses curiosity on shelf, and is a wine that is never disappointing.

Q. What do you foresee for its future?

A. Friuli Venezia Giulia is all very suitable though we get Ribolla Gialla grapes that are completely different from each other. If I want to make a sparkling wine here on the Collio hills, where Ribolla reaches 13 ABV naturally, obviously it wouldn’t be sound to use Ribolla grapes. I need to find a different area and use other wine-growing and wine-making techniques to achieve some nice bubbles.

Q. What do think about the supply chain network project?

A. I have only heard about the project, but because of the integrity of the people leading it, I believe it is wise to get a full picture of the diverse realities of the region – I mean, not to create a ranking, but simply have a precise overview of the area. –